As Ontario Northland's President and CEO, Corina has shaped a resilient organization that is focused on delivering best-in-class transportation throughout Ontario.

Recognized as an inspirational leader and catalyst for change, Corina has shifted the business lines of Ontario Northland to be data-driven, customer-focused, lean, and strategic. She has cultivated a team that is focused on building integrated and impactful transportation services, including rail freight, passenger rail, motor coach transportation, rail repair/remanufacturing services and a boutique hotel.

Since taking the helm of the organization in 2014, revenues have increased, costs have been significantly contained, and services have been reimagined and expanded. New and diverse customers within each business line now provide long-term security for employees and communities. She has attracted confidence and investment, most notably a robust $500 million capital program and a motor coach service expansion that reaches from Ottawa to Winnipeg (an additional 700,000 km per year).

Corina passionately and tirelessly promotes the benefits of an integrated and seamless transportation network that connects rural Ontario to major centres across North America, which in turn has positive impacts on economic development, tourism, road safety, the environment, and quality of life. She frequently speaks at conferences and gatherings on organizational change, authentic leadership and transportation.

Corina has many notable achievements including:

Corina is a graduate of Waterloo University in Systems Design Engineering and Business Administration and Management. 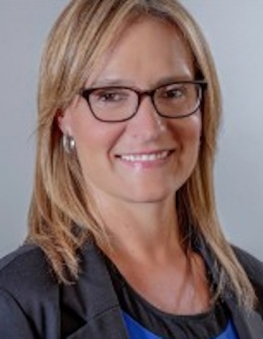