Guennadi's career path began in 1985 after graduation from the Admiral Makarov State Maritime Academy of St. Petersburg, RF - with Honours Diploma.  During this time from 1985 to 1995 Guennadi become an expert on the subject of fleet asset management based on RCM and CBM platforms.

After his successful career as marine engineer officer during which Guennadi progressed from Junior Lieutenant to Captain-Lieutenant and 1st Assistant Chief Engineer, he transitioned to land operations in his native Ukraine as Chief Engineer, overseeing a transport organisation fleet maintenance and procurement.

Guennadi settled in Toronto Canada in 1999 and after completing of qualification requirements of Toronto Technical Standards and Safety Authority at South Alberta Institute of Technology (SAIT) he was granted Licence of Stationary Operating Engineer and worked at HH Angus affiliate Angus Consulting Management Limited (ACML) where he progressed from Subject Matter Expert to Project Manager.

Guennadi joined TTC in 2006 as Senior Technical Assistant in Rail Cars and Shops department  and progressively moved along his solid career path becoming an Engineering Technologist, Supervisor of Technical Services and Manager of Rail Vehicle Engineering.

Toronto Rocket delivery and integration is the story of a success that Guennadi and his Team are proud about. The success of Toronto Rocket Project had contributed to the triumph of the TTC executive 5 year plan, and TTC was recognised as The Transit System of The Year 2017 in North America and received the APTA recognition award. 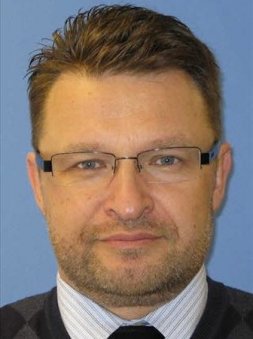